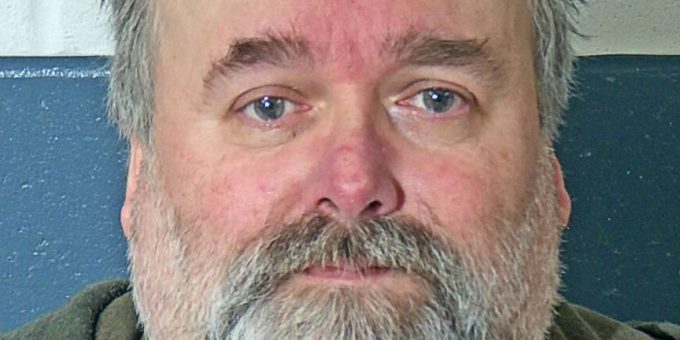 MITCHELL – A Mitchell man was arrested Sunday on a charge of neglect of a dependant after a Mitchell Police officer responded to a medical emergency in the 500 block of Marion Street.

The officer was informed that the male was disabled and possibly could be combative during attempts to provide medical care.

When officers arrived a male was standing outside of the home pacing. The male told police his brother was inside the home on the couch.

At that time, 58-year-old Jonathan Kirkman exited the home.

Officers went into the home and were “overwhelmed by the smell of decomposing flesh and poor hygiene”.

They found a 21-year-old male on a couch leaning over on his left side. The male was Kirkman’s adopted son. The male’s breathing was labored and he was in pain.

Police say the male “was attempting to move but could not move on his own”.

Kirkman was asked why the male had not been changed and he replied that the male often got combative when he would go to change the male’s diaper.

Officers and the ambulance crew moved the male from the couch onto a stretcher.

Police say when the male was moved there were maggots and they observed blood coming from the male’s left side where he had been laying. The male diaper was also heavily soiled and appeared to “be rotting off the male’s body”.

The male while being moved became combative and was extremely lethargic and weak.

Police say the couch “was covered in feces, blood and maggots were crawling on the cushion”.

The male was transported to IU Health Hospital for treatment.

Kirkman was asked by police why he didn’t call for assistance sooner. Kirkman said, “he didn’t want anything to happen to his adoptive son and that he was afraid it would negatively affect (the male) and he would be more combative”.

At that time, Kirkman was arrested.

Kirkman said, “I already, already told you everything”. He then confirmed that his son had been on the couch for about two weeks and he was “optimistic (the male) would be fine”.

Dr. Ivan Lupov at IU Health reported finding an eight-inch long, three to four inch deep wound on the male’s left side. The physician reported the male had been laying on his side for no less than two months. The male was then transported to IU Methodist Hospital for treatment. Those physicians said the male had to be intubated and was in septic shock. They reported the male was both physically and mentally disabled and his survival from the injuries and the septic shock was questionable.