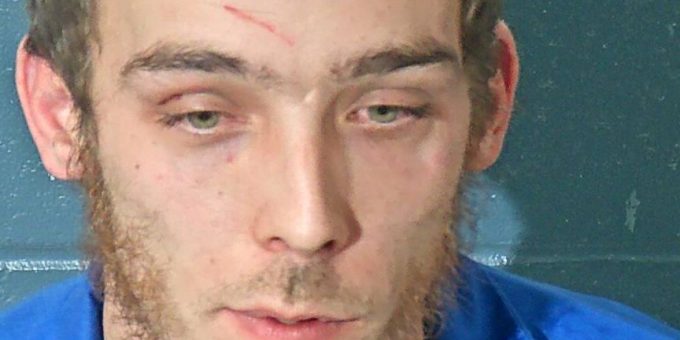 BEDFORD – A Bedford man was arrested after Lawrence County Sheriff’s Department deputies were called to a home Friday night after a report of a domestic altercation in the 940 block of North Pike Road.

When police arrived they found a female with a laceration standing under a carport and 29-year-old David Kaiser near the back of the home with blood on the palm of his hand, a small laceration on his forehead, and a small cut on the back of his hand.

Two witnesses to the fight told police that Kaiser and the woman began yelling. Kaiser began punching the woman in the head, grabbed her by the hair, threw her to the ground and began choking her. Kaiser then went into the kitchen and began breaking glass.

The woman was treated at the scene by an ambulance crew. She refused to file a battery affidavit.

Kaiser was arrested on a charge of domestic battery.