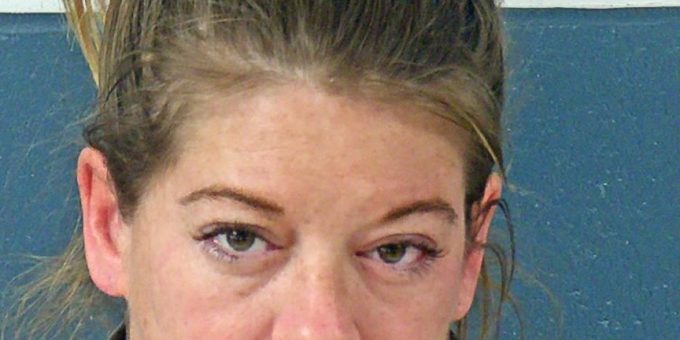 The dispatcher made a return phone call to the known phone number. A female answered the phone and stated she hung up the phone because the officers would not do anything if she asked for their help. The caller stated she had requested assistance twice within two hours because she and her daughter were involved in a verbal domestic dispute on Monday.

Officers responded to the 620 block of Q Street and spoke to the female caller.

When officers arrived they found the female caller standing outside of the home visibly upset.

She told police her daughter 32-year-old Chasity Turpen had head-butted her in the forehead and was poking her in the face and she wanted to file charges.

Due to this being a repeat visit to the home and the argument escalating to a physical confrontation officers entered the home and detained Turpen.

Officers found Turpen in the kitchen talking on her phone.

Turpen resisted the officers but she was finally placed in handcuffs.

Officers found Turpen with a cylindrical container that housed marijuana and a burnt hand-rolled marijuana cigarette. They also located a vape cartridge that contained a wax-like substance that later tested positive for marijuana.

Turpen denied striking the other woman.

A witness to the incident told police Turpen was slamming kitchen chairs and yelling. Turpen calmed herself down once officers were called for a brief period. It was at that time Turpen’s emotions escalated to the point where she poked the other woman in the face and head-butted her.

The witness said Turpen had been drinking and was the one to cause the disturbance.

The woman refused to sign a battery affidavit against Turpen.

Turpen was arrested and transported to jail on a charge of domestic battery.