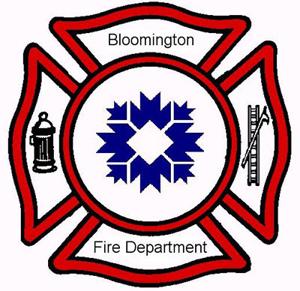 BLOOMINGTON – A detailed third-party report delivered late Friday, December 10, concluded that samples of air, surface dust, surface soil and leaf litter collected in the vicinity of a recent controlled burn exhibited no lead contamination in excess of state and federal standards, and recommended that no further action is warranted.

The report was published by VET Environmental Engineering (VET), with whom the City contracted to provide lead abatement oversight, confirmatory investigations, and reporting, including coordination of abatement activities with clean-up contractor Environmental Assurance Company, Inc. (EACI), area air sampling during abatement activities, and confirmatory post-abatement soil sampling analyzed by an independent laboratory. Activities responded to areas where debris was dispersed after the Bloomington Fire Department’s (BFD) November 5 controlled burn of a residence on South High Street conducted to provide training to firefighters.

VET’s report stated: “All lead abatement and confirmatory sampling was conducted in accordance with applicable published guideline. It is VET’s professional opinion that further investigation of lead contamination at the site is not warranted.”

Additionally, the Monroe County Health Department confirmed that blood samples collected from firefighters who operated at the burn and from residents who sought testing at a voluntary, free site on December 4, did not indicate any elevated levels of lead.

The VET report, available at https://data.bloomington.in.gov/dataset/lead-abatement-oversight-confirmatory-investigation-and-reporting, contained the following findings:

The BFD completed a controlled live burn training at 1213 South High Street November 2-5 after receiving approval from IDEM. Approved by the City for demolition, the two-story house at that address was donated by the owners for use by the BFD as an opportunity to conduct live fire training. The controlled burn had the unanticipated consequence of transporting ash and other debris, including paint flakes, to the residential neighborhood west of the burn site due to prevailing wind conditions (see this map of the affected area).

Upon learning of the dispersal, BFD immediately coordinated with IDEM and Monroe County Emergency Management to address any potential lead contamination; personally connected with property owners and made resources for abatement available to them; and contracted with VET and EACI to conduct the evaluation and abatement of a total of 111 properties.

This training exercise provided 94 Bloomington firefighters, many recently hired, invaluable experience. But in light of the community impact, Bloomington Fire Chief Jason Moore has stated no similar live-fire training should be conducted in the future. Chief Moore is working with the director of the Indiana Fire & Public Safety Academy and IDEM officials to ensure that lessons learned from this controlled burn are openly discussed in an effort to inform future approval processes or guidance to the state’s fire departments.

The BFD invites residents with concerns about elevated lead levels to request an appointment for finger-prick blood testing at BFD headquarters (226 South College Avenue) through December 17 at 812-332-9763. More information about the City’s actions in response to the controlled burn is available at bloomington.in.gov/bfdburninfo or by contacting Bloomington Fire Chief Jason Moore at firechief@bloomington.in.gov.