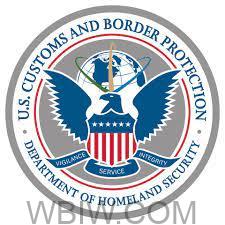 CINCINNATI – On November 30, U.S. Customs and Border Protection (CBP) officers in Cincinnati seized a shipment containing counterfeit designer jewelry and scarves. The fakes, which came from China, would have been worth a total of $3.09 million had they been genuine.

CBP officers inspected the shipment and found 1,830 scarves, bracelets, rings, and earrings from designers like Louis Vuitton, Gucci, Cartier, Hermes, Versace, and Chanel. Officers suspected the items were counterfeit based on the packaging and the poor quality of the material. All the items were determined to be counterfeit by CBP’s Centers for Excellence and Expertise (CEEs), the agency’s trade experts. The shipment was enroute to a private residence in Flushing, New York.

“In addition to the impact on businesses and the economy, purchasing counterfeit goods carry harmful risks to shoppers,” said LaFonda Sutton-Burke, Director, Field Operations-Chicago. “It is vital that consumers be aware of what they are purchasing and know the dangers that may be involved.”

CBP’s enforcement of counterfeit and pirated goods is accomplished through the cooperative efforts of its officers, other government agencies, and the trade community. Additionally, CBP has an on-line recordation system, Intellectual Property Rights (IPR) e-Recordation, which allows rights owners to electronically record their trademarks and copyrights with CBP. Recordation facilitates IPR enforcement by making information on trademarks and copyrights readily available to CBP personnel at ports of entry nationwide.

IPR violations are associated with smuggling and other criminal activities, and often funds criminal enterprises. CBP Trade protects the intellectual property rights of American businesses, safeguarding them from unfair competition and use for malicious intent while upholding American innovation and ingenuity.

“As the holiday is approaching, I urge consumers to purchase their gifts from legitimate retailers and websites,” said Cincinnati Port Director Richard Gillespie, “counterfeit goods impact our economic success in a negative way, and purchasing these items fund criminal networks. Our officers in Cincinnati work around the clock to intercept and stop illegal shipments like this one daily.”

CBP has established an educational initiative, Truth Behind Counterfeits, to raise consumer awareness about the consequences and dangers that are often associated with the purchase of counterfeit and pirated goods. The agency encourages anyone with information about counterfeit merchandise illegally imported into the United States to submit an e-Allegation. The e-Allegation system provides a means for the public to anonymously report to CBP any suspected violations of trade laws or regulations related to the importation of goods in the U.S.