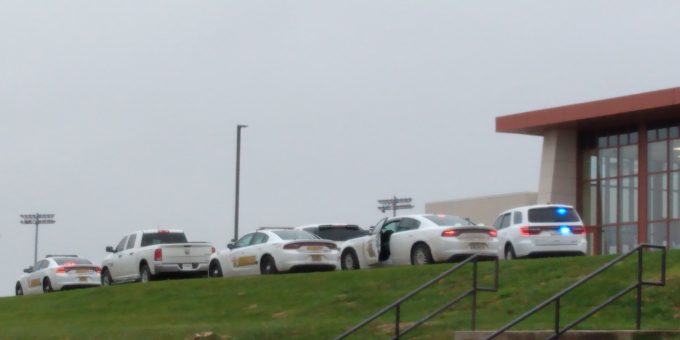 BEDFORD – North Lawrence Community Schools was made aware of an alleged threat to student safety following an incident at Bedford North Lawrence High School this afternoon.

Out of an abundance of caution, BNL implemented a soft lockdown this afternoon to assess the situation. After following all protocols, gathering information, and speaking with involved individuals, it has been determined that there was no threat to school safety.

Officers from Lawrence County Sheriff’s Department, Bedford Police, and Indiana State Police were alerted at 2:12 p.m. of a report of possible shots fired at the school. They rushed to the scene along with an IU Lifeline ambulance and Shawswick Volunteer Fire Department first responders. While en route the ambulance and Shawswick VFD were disregarded. Officers arrived at the school within minutes of the report.

“We would like to thank our students and staff for being vigilant, as well as the Bedford Police Department for their quick response following a report of possible firearm activity, which has been verified as a false report,” school officials released in a statement.

The administration is meeting with BNL teachers today to review procedures for increased preparedness in the event that there ever is a threat to student safety.

“We understand that you may have questions regarding the incident and the safety of your student and we are here to answer them. If you need additional information, contact your student’s school,” officials said in a statement.