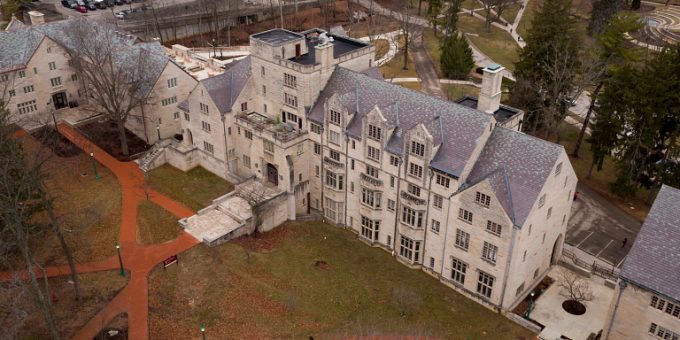 INDIANA – Indiana University will establish a new research institute, designed to be the leading national center for addressing the stigma surrounding mental health and other health challenges, thanks to a $3 million gift from the Jim Irsay family, owners of the NFL’s Indianapolis Colts.

The new Irsay Family Research Institute will be located on the IU Bloomington campus in a newly renovated space in Morrison Hall and will focus on:

“We are deeply grateful to the Irsay family and the Colts for this generous gift, which will help IU continue to conduct evidence-based research and training on stigma around mental health and other medical issues,” IU President Pamela Whitten said. “We look forward to our partnership with the Colts and to the continued groundbreaking work of IU researchers at the Irsay Family Research Institute.”

The gift is another extension of Kicking the Stigma, the Irsay family’s initiative to raise awareness about mental health disorders and to remove the shame and stigma too often associated with these illnesses.

“The stigma surrounding mental health is a matter of life and death, and we must do everything possible to lessen that stigma and remove this obstacle to people getting the help they need,” said Jim Irsay, Colts owner, and CEO. “Indiana University already has been one of the world’s leaders in studying mental health, and we’re so pleased this outstanding resource is in our home state so together we can advance this important conversation.”

The institute and related programs will be led by IU’s Bernice Pescosolido, Distinguished Professor of Sociology in the IU Bloomington College of Arts and Sciences and director of IU’s Indiana Consortium for Mental Health Services Research. She is a nationally recognized scholar in stigma research and an elected member of both the National Academy of Medicine and the National Academy of Sciences.

With her colleagues, Pescosolido has developed and led the National Stigma Studies over the past 25 years. At IU, she led the Bring Change to Mind national pilot study to increase mental health awareness and reduce stigma on college campuses.

“We are honored that the Indianapolis Colts have chosen Indiana University to develop and carry out the research needed to build the scientific foundation for ending the stigma of mental illness and to work together to confront discrimination that other medical problems face,” Pescosolido said. “As the first professional sports franchise to step out front to confront the stigma of mental illness, the Colts display the courage and vision to fight prejudice in health and health care. We are proud to partner with our Indiana home team to do the science to target the stigma that deprives individuals of their health and dignity as they battle mental health and addiction.”

Through research, outreach, and education, the Irsay Family Research Institute will build connections between existing health-related social science programs, centers, and researchers on the IU Bloomington campus and the IU School of Medicine in Indianapolis, along with other IU programs and the state of Indiana partners, to create opportunities for transdisciplinary collaboration and innovation. A core mission is to target the stigma that pervades many health challenges, such as mental illness and reproductive problems and deprives individuals of equitable treatment and adequate resources.

During Mental Health Awareness Month in May 2021, the Colts hosted a weeklong virtual fundraiser, which raised $4.5 million for Kicking the Stigma Action Grants and will help fund nonprofits and institutions providing treatment services or raising awareness about mental health and mental illnesses. They have since distributed $2.4 million to various national and Indiana-based organizations.