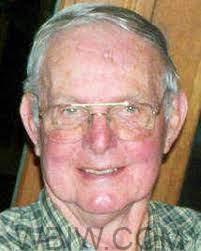 The retired farmer died from a fatal gunshot wound at his rural Sullivan County home during a burglary.

Since Badger’s death in 2012, Indiana State Police and the Sullivan County Sheriff’s Office have been vigorously working the case. Detectives have investigated more than 275 tips, conducted nearly 170 interviews, and combed many areas of land and water in the Sullivan County area on foot, with aircraft, all-terrain vehicles, boats, and SCUBA divers.

Indiana State Police and the Sullivan County Sheriff’s Office strongly believe someone in the community has information related to this case. Investigators would urge them to come forward and provide the information. If a person or persons are in fear of reporting what they know, law enforcement has the means to mitigate those concerns. So, if you know something, say something. Be the one to help bring some closure to the Badger family.

Law enforcement and the Badger family continue to solicit help from the public. Anyone with information is strongly urged to call Indiana State Police Senior Trooper BJ Patterson or First Sergeant Jason Fajt at the Putnamville Post at 765 653-4114 or Sullivan County Sheriff Clark Cottom or Chief Deputy Jason Bobbitt at the Sullivan County Sheriff’s Office Tip Line 1-800-589-0805. This is a very active investigation, and all tips will be investigated. Tipsters can remain anonymous.

A reward of $50,000 has been established and available for anyone who provides information leading to the arrest and conviction of those responsible for Lowell’s death.

A safe and television were taken from Lowell’s home. The safe was a light to medium-dark gray, measuring 23 ½” tall, 17” in-depth, and 17” wide, in pristine condition and manufactured by John D. Brush and Company. The television was a black 46” Sony Bravia LCD screen.