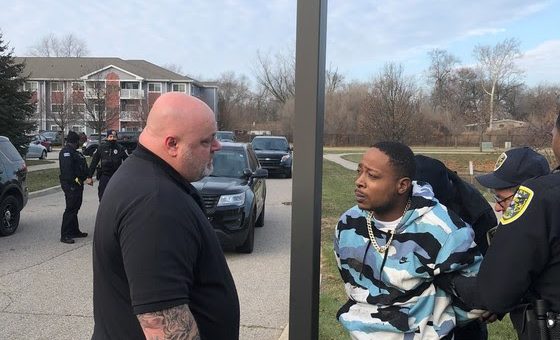 SOUTH BEND – An offender was captured in Gary, Indiana after he walked away from the South Bend Community Re-Entry Center.

Eric Johnson, 28, was found to be missing during the facility’s 2 a.m. count on December 8, 2021. Johnson was sentenced to the Indiana Department of Correction in 2016 after being convicted of aggravated battery in Lake County. His expected release date was April 4, 2022.

The Indiana Department of Correction Parole Division, assisted by the Gary Police Department, immediately began searching for Johnson. He was found at a relative’s house just after 9 a.m.

Johnson tried to flee by jumping out a window but was found by officers shortly after. The investigation is ongoing, and once complete will be sent to the prosecutor’s office to review for criminal charges.

The South Bend Community Re-Entry Center, located at 4650 Old Cleveland Road, in St. Joseph County, is a low-level, minimum-security facility where offenders are housed but are allowed to leave for work. Offenders typically have less than two years remaining on their sentence and are actively preparing for release.