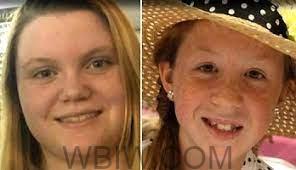 DELPHI – While investigating the murders of Abigail Williams and Liberty German, detectives with the Carroll County Sheriff’s Office and the Indiana State Police have uncovered an online profile named anthony_shots.

On February 14, 2017, the bodies of Abigail Williams and Liberty German were discovered near the Monon High Bridge Trail, which is part of the Delphi Historic Trails in Delphi, Indiana, after the young girls had disappeared from the same trail the previous day.

This profile was being used from 2016 to 2017 on social media applications, including but not limited to, Snapchat and Instagram. The fictitious anthony_shots profile used images of a known male model and portrayed himself as being extremely wealthy and owning numerous sports cars. The creator of the fictitious profile used this information while communicating with juvenile females to solicit nude images, obtain their addresses, and attempt to meet them.

Pictured below, you’ll see images of the known male model and images of the fictitious anthony_shots profile sent to underage females.