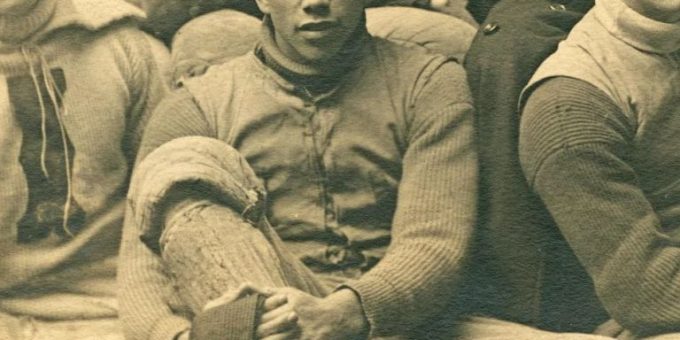 BLOOMINGTON – The Indiana University Board of Trustees has approved the renaming of Jordan Avenue from near Law Lane to 17th Street in honor of a prominent Bloomington family in the Black community.

Trustees approved the renaming of the IU-owned portion of Jordan Avenue, from just north of the railroad tracks near Law Lane to 17th Street in Bloomington, as Eagleson Avenue. Trustees voted at their October 2020 meeting to remove the name of IU’s seventh president, David Starr Jordan, from Jordan Hall, Jordan Avenue Parking Garage, and Jordan River because his views conflicted with the university’s values in diversity, equity, and inclusion.

Because the contiguous section of Jordan Avenue from Davis Street to 17th Street is split in ownership between the city of Bloomington and IU, the street’s renaming was referred back to the IU Naming Committee and the Bloomington campus provost to work with the city to recommend a new name.

A task force of community and IU leaders was appointed and recommended renaming Jordan Avenue from Davis Street north through the IU campus to 17th Street as Eagleson Avenue, in honor of the Eagleson family. The Eagleson family has a long history in Bloomington and made significant contributions to the city, Indiana University, the state of Indiana, and the nation:

From top: Halson Vashon Eagleson is pictured in an ad for his barbershop; Preston Eagleson; Frances Marshall Eagleson.  Photos courtesy of IU Archives

Halson Vashon Eagleson was born a slave. He came to Bloomington in the 1880s and became a prominent barber, one of the few occupations open to Black people at the time. He had five children who attended Indiana University. In 1910, with legislative approval, he opened Industrial City, a home for “colored” orphans in Unionville.

Preston E. Eagleson was the son of Halson. He was the first Black athlete at IU, playing halfback on the football team from 1893 to 1895. He entered law school in 1896, became a teacher and was the first Black student to earn a master’s degree at IU.

He was later ordained as a minister in the AME Church. He was active in the Odd Fellows Lodge, where he was elected deputy grand master for Indiana.

Wilson Vashon Eagleson was the son of Preston. He earned his B.A. from Indiana University in 1926 and shortly thereafter married Frances Marshall, the first Black woman to graduate from IU.

Frances Marshall Eagleson enrolled at IU in 1915, reportedly with $1.25 in her pocket. Four years later, she became the first Black woman to graduate from IU. The Neal-Marshall Black Culture Center at IU is named for her, and a dormitory is named after her at North Carolina Central University, where she taught and served in the administration.

From top: Halson V. Eagleson Jr., left, received an honorary degree at the 1985 commencement; Elizabeth Eagleson Bridgwaters at her desk in Briscoe Quadrangle; Wilson Eagleson Jr., center, outside the Three Minute Eggs Club, whose members were pilots who returned from long, dangerous missions over enemy territory, often in inclement weather, with only enough gas left in their tanks to stay airborne for another three minutes or less. Photos courtesy of IU Archives and U.S. National Archives

Halson V. Eagleson Jr. was an IU student and leader of the IU marching band. He was the first Black person to earn an “I” letter for band, but the award was delayed by a racial incident. He was kidnapped (reportedly by white students affiliated with the KKK) to prevent him from performing at a Purdue game and earning the letter. Three students were tried for the crime, but an all-white jury did not convict them.

Halson went on to become the first Black student to be awarded a doctorate in physics and the first to be elected to Sigma Xi, the honorary science society. A person of varied interests, he played the piano, saxophone, clarinet, and violin, and spoke fluent Spanish, French, and German

Elizabeth Eagleson Bridgwaters was the granddaughter of Halson Vashon Eagleson. She earned her degree from IU in 1930 and had 88 hours of post-graduate work, but the only job she could get was at IU working in the kitchen. She rose to be a supervisor of dining halls and went on to be the director of the HUD Neighborhood Development Office at the city, a candidate for mayor of Bloomington and Indiana state representative, and an elected member of the Monroe County Community School Corp. Board.

She was appointed to three state commissions under Gov. Otis Bowen and received the Sagamore of the Wabash Award. Elizabeth was an active member of the National Council of Black Elected Officials and compiled photo exhibits for the Mathers Museum and the Monroe County Historical Museum used in various graduate student research projects, brochures, and publications.

She was ordained a minister in the AME Church at age 78 and was a local minister until the fall of 1998 when she was diagnosed with cancer. Elizabeth was voted Monroe County Woman of the Century in 1999.

Wilson V. Eagleson Jr. was the son of Wilson and Frances Eagleson. He started at IU in 1940 but left to join the Army Air Corps. He was one of the original Tuskegee Airmen who served in World War II, retiring in 1970 after a 30-year career in the Air Force.

The Bloomington City Council approved renaming the city-owned portion (from Davis Street north to just south of the railroad tracks near Law Lane) as Eagleson Avenue in November 2021. With the trustees’ approval to rename the IU-owned portion as Eagleson Avenue, the contiguous section of the avenue from Davis Street to 17th Street will have the same name.

Biographies of the Eagleson family were compiled by a task force.