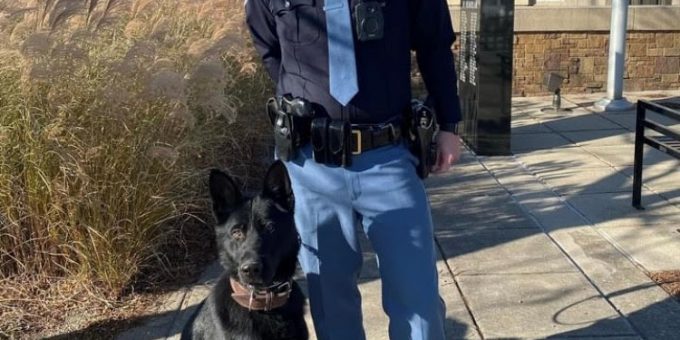 Together, Trooper Fyfe and Jett successfully completed the demanding 12-week training program, which includes certifications in areas such as drug detection, tracking, article searches, building searches, obedience, and apprehension.  In total, more than 400 hours of training takes place, both day and night, and in all weather conditions, before the handler and K-9 trainees are certified to begin patrolling together.

Trooper Fyfe and Jett were one of eleven K-9 teams to complete the training. The other ten teams are assigned to other districts around the state. The Indiana State Police currently has (36) patrol K-9 teams and (6) explosive detection K-9 teams. The Putnamville Post will now be staffed with two patrol K-9 teams.

Trooper Fyfe and Jett will immediately begin their work together in the Putnamville District, which covers Putnam, Clay, Vigo, Sullivan, Vermillion, and Parke Counties.