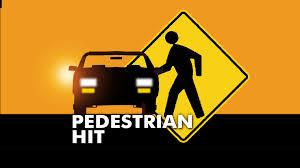 SOLSBERRY – The Greene County Sheriff’s Department is investigating a hit and run accident that left a pedestrian injured.

The accident happened at 12 a.m. on Saturday, December 4th on North Legion Road in Solsberry.

According to a police report, Gregory Burgess was walking south on North Legion Road facing oncoming traffic. Police
say Burgess was not wearing reflective clothing or using a light.

According to investigating officer Deputy Harvey Holt, an unknown dark-colored passenger car, traveling south crossed the center line and struck Burgess as he was walking along the edge of the roadway.

The vehicle is described as a possible dark-colored passenger car with a loud exhaust. Police say the vehicle may
have damage on the driver’s side, front hood, and windshield.

The driver of the vehicle did not stop after striking Burgess.

Burgess was transported from the scene by Greene County Ambulance to a local hospital for treatment.

Anyone with information can contact the Greene County Sheriff’s Department or Crime Stoppers at 800-847-5463.

Assisting at the scene were Center Fire Department, and Greene County Ambulance.