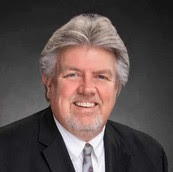 BEDFORD – Bedford Rotary Club will once again be holding a “Toast” on February 26, 2022.

On that date, the club will “Toast to Dan Bortner” at the First Baptist Church in Bedford. More details will be released closer to the event.

All proceeds raised during the event will go towards the Bedford Rotary Scholarship fund.

Dan Bortner is a lifelong Hoosier who grew up in Bedford. He graduated from Bedford North Lawrence High School in 1983. Following high school, he attended Indiana University where he graduated in 1987 with a Bachelor of Science Degree in Public Affairs from the Paul H. O’Neill School of Public and Environmental Affairs.

Dan became the Director of Indiana’s State Parks in 2005, where he oversaw the operation of 32 State Park properties. He served 3 Governors in that capacity – Governor Mitch Daniels, Governor Mike Pence, and Governor Eric Holcomb.

He is active in the local community as well, serving as the President of the Green Hill Cemetery Association and an At-Large Member of the Bedford City Council.

He and his wife April are the parents of three adult children, Ashley Barnes (and husband Clayton Barnes), Alex Bortner, and Dylan Bortner (and wife Kaylee). They have one grandchild, Claire Barnes.