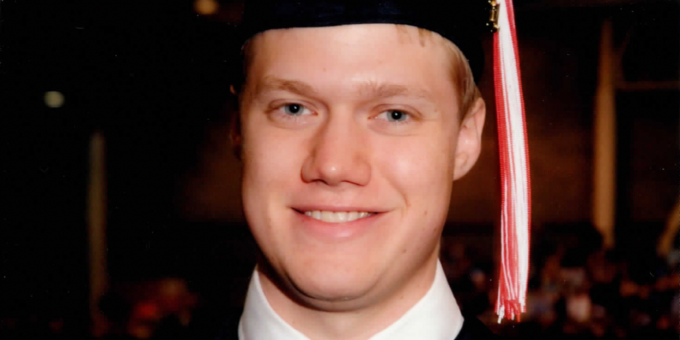 He worked as an optical engineer and was known as a loving, intelligent man with a gentle soul and a sense of humor. An honors graduate of Bedford North Lawrence High School, he earned his Bachelor’s of Science in Physics and Master’s of Science in Optical Engineering from Rose-Hulman Institute of Technology, the latter was a dual degree from Seoul National Institute of Science and Technology in Korea. Through his studies, he co-published research in peer-reviewed scientific journals, including The Minor Planet Bulletin and Optics Express around the topics of asteroids and engineering. As a collegiate athlete, he was a competitive swimmer and avid runner who loved the outdoors.

He was a great father who was so excited to welcome daughter Statira into this world. Loved by many, he is survived by his wife Sanaz Faryadras of Orlando, Fla., father, and mother Damon and Kimberly (Fish) Hall of Bedford, and sister Alafair Hall of Los Angeles, Calif, aunts, and uncles Mark and Starr Fish of Bedford, Jack and Brenda Sanders of Johnson City, Tenn., and Sam and Melissa Hall of Mount Vernon, Ind. He is preceded in death by his paternal grandparents Ray Samuel and Betty Jane Hall, and maternal grandparents Edward Dale “Bud” and Betty Fish.

He was a member of The First Baptist Church of Bedford. The family will hold a private service to honor Ben’s passing and he will be cremated and buried at Cresthaven Memorial Gardens in Bedford.