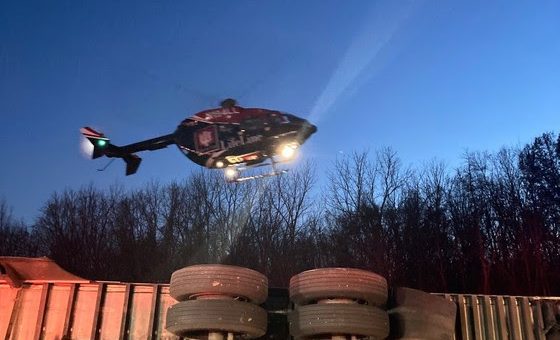 A preliminary investigation by Trooper Miramontes revealed a 2013 Kenworth driven by 50-year-old Walter Sutton, of Lonedell, MO, was traveling south on Interstate 65 near the 179 mile-marker. For an unknown reason, Lee ran off the road, into the median, through concrete barriers, and into northbound traffic. At that time, a 2017 Freightliner was traveling north and was hit, head-on by the Kenworth.

The driver of the Freightliner succumbed to their injuries and was pronounced deceased at the scene of the crash. Their name is being withheld pending identification and notification to the family. Their name will be released by the Tippecanoe County Coroner at a later date.

Sutton was uninjured in the crash.

This crash remains under investigation by the Indiana State Police and the Tippecanoe County Crash Reconstruction Team. There is no further information to release at this time.