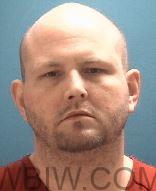 COLUMBUS – A Columbus man is being held on a $1 million bond after being arrested in connection with the death of his 8-year-old son in March 2021.

Police arrested Travis Tuttle on Monday on charges of neglect of a dependent resulting in death and possession of a narcotic drug. He is being held in the Bartholomew County Jail.

On March 21, 2021, Columbus police were called to a home in the 4300 block of Serenity Drive for an unresponsive child. They arrived to find the 8-year-old Lealyn Tuttle dead.

Lealyn had been visiting his father for spring break, according to court documents.

He said the boy “had foam coming from his mouth and had vomited on himself,” according to court documents.

Investigators located foil and white powder residue on the coffee table in the living room. They also found foil and similar residue on a dresser in Tuttle’s bedroom.

Police discovered a video taken on March 20 that showed Lealyn with “foil on his upper and lower teeth and gums” to make it look like he had “grills” (dental jewelry) in his mouth.

It took months for the completion of the drug analysis which was just completed earlier this month. Residue on the foil found in the living room tested positive for fentanyl and diphenhydramine. Fentanyl is a synthetic opioid known for its potency. Diphenhydramine is an antihistamine commonly found in allergy medications.

An autopsy showed Lealyn died from acute fentanyl and diphenhydramine intoxication. Investigators believe he ingested the drugs through the foil.