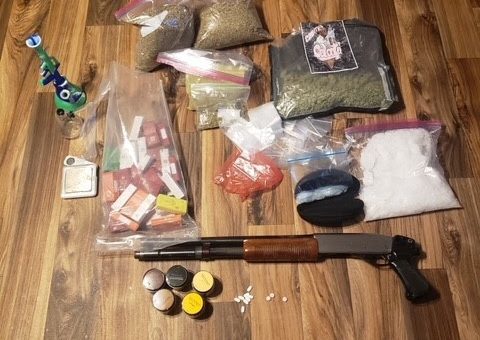 ISP received information that 30-year-old Blaine Phipps was dealing methamphetamine, narcotics, and marijuana in, and around, the Knox and Sullivan County areas.

Troopers went to Phipps residence on Wolfe Avenue in Oaktown. Phipps gave consent for his residence to be searched. During the course of the residence being searched officers discovered two pounds of meth, one pound of marijuana, two and a half-pound of K2, a sawed-off shotgun, numerous THC vape cartridges, and several prescription pills.

Anyone with information regarding illegal drugs is encouraged to contact the Indiana State Police Putnamville Post at 765-653-5272, all calls are confidential and could save a life.