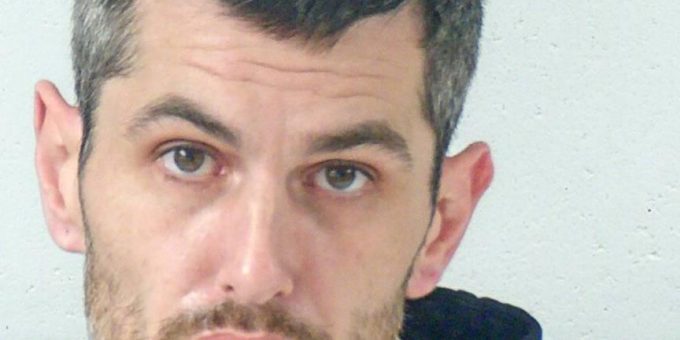 BEDFORD – A Bloomington man was arrested on Wednesday, November 24th after a Bedford Police Officer noticed him leave a residence in the 1600 block of 6th Street.

Officers were conducting a drug investigation in the area and were posted outside of the residence waiting for a search warrant.

The officer, who was in an unmarked police car, followed the vehicle west on 5th Street and then north onto State Road 37.

The officer initiated the traffic stop just south of the Oolitic light, after noticing the driver swerving in and out of the lane of travel. The driver, however, didn’t stop the vehicle until reaching the Avoca exit.

The officer had the police vehicle’s red and blue lights flashing, the siren sounding, and was blowing the horn to get the driver stopped.

The driver was 39-year-old Benjamin Aylward.

He told the officer there was meth in the vehicle and he had received the meth from Cory Turner, who was at the home on 6th Street.

The officer also found a bottle containing pills that Aylward did not have a prescription for.