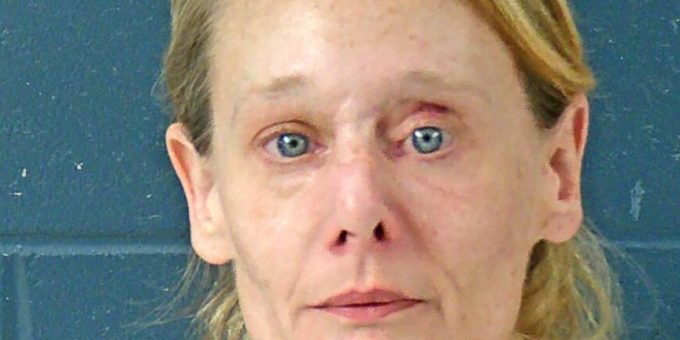 MITCHELL – A Bedford woman was arrested after Lawrence County Sheriff’s Department deputies were called to Spring Mill State Park Inn after a report of a domestic fight in one of the rooms.

When deputies arrived, they went to the room on the third floor and spoke to a woman and her two grandchildren.

Police found Stone near the entrance of the Inn sitting on a bench.

Stone told the officer she and her mother had an argument and she shoved her mother during the conversation.

Officers reported Stone had been drinking. She told the officer she had “8 or 9 shots of vodka”.  The officer had her blow into a portable breathalyzer where she tested 0.077.

If you or someone you know is involved in a domestic violence situation and needs help, call Hoosier Hills PACT 24-hour crisis line at 1-888-883-1959 or visit their website at https://www.pactchangeslives.com/,