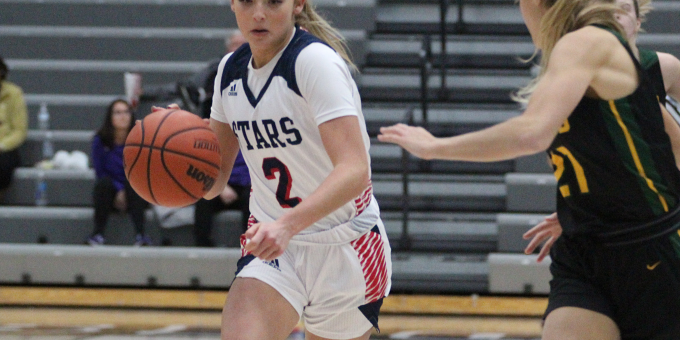 ”Losing a game is not a big deal, except you’ve got to make sure that you move on and get the next one.” – Martin Brodeur

BEDFORD – True competitors hate losing, despise it with every fiber of their soul. In the grand scheme of a season, Bedford North Lawrence’s first loss, while causing disappointment and distemper, is not a big deal when viewed from the perspective of a setback to an out-of-state opponent.

But the next one is a very big deal. The biggest thus far. BNL better be ready to move on, in a hurry.

The Stars, soured by the 41-40 defeat to Illinois power Fremd on Saturday night, must rebound immediately for the ultra-intense, high-stakes clash with undefeated Jennings County, a possible preview of the main sectional title chasers and the first high-speed collision between Hoosier Hills Conference championship contenders.

No.3 BNL (6-1, 1-0 in the league) will face its most difficult task to date on Tuesday night. No.12 Jennings (7-0, 1-0) features what BNL lacks – size and talent in the interior – with sensational 6-0 sophomore Juliann Woodard, who made life miserable for the Stars during two clashes last year.

The Panthers were poised to end BNL’s sectional streak, clawing to a 12-point lead before the Stars rallied with an 11-0 run in the third quarter – thanks to offensive bursts from Irye Gomez and Karsyn Norman – and held on during the closing minutes for a 55-51 triumph to claim the crown. Woodard had 20 points and 9 boards in that battle, after posting 18 points and 7 boards during the regular-season meeting. Want to guess who will get the most attention from the Stars?

“I think she’s one of the better players in Southern Indiana, there’s no doubt,” BNL coach Jeff Allen said. “I’m a big fan of hers. She’s a load. We’ll have to work extra hard and limit her the best we can. You won’t stop her, she’s too good. We have to make it tough on the rest of the starting five to get anything done. That will be our focus, to limit her and make it tough on everyone else.”

Woodard is averaging 15 points per game, and she’s getting perimeter help from sophomore Alivia Elmore (13 ppg). Jennings, which also features returning starters Lily Ernstes and guard Kali Thompson, is allowing only 34.3 points per game, all reasons the Panthers could end BNL’s 21-game winning streak in the series.

“We’ll have to play well, there’s no doubt, on the road,” Allen said. “We know they’ve circled this game on their calendar. They want us badly. There’s probably a long list of teams on that list, and we understand that. We have to play with the same intensity they’re going to play with. We have to match that. But it’s better to be the pursued than chasing someone else.”

BNL recent question, exposed during the loss to Fremd, is offensive consistency. Losing teaches lessons, and BNL learned it cannot rely solely on the terrific twosome of sophomore Chloe Spreen (17.3) and junior Karsyn Norman (13.8) to win against quality opposition. They combined for 31 points against Fremd, but shooting struggles plagued the Stars, who got held to their lowest point total of the season.

“If you had told me we would rebound even with them and play well defensively, I would have said we would win,” Allen said. “Sometimes that stuff is contagious, sometimes it gets in your head,.and you can have a tough night. It seemed like we could never get in sync. We’re a better offensive team than that. Somebody has to step up and score.”

Momentum can be an overplayed factor. BNL suffered a one-point loss on the same court (at Brownsburg) a year ago and went on a 10-game winning streak. Motivation is a better force. The Stars, angered by the slippage and the outside view of vulnerability to their status, will have to prove themselves as they start a crucial three-game conference road trip.

“We went through the same thing last year, at the exact same time,” Allen said. “And we came out of that playing some pretty good basketball. So I’m not a guy who thinks a loss hurts you from a momentum standpoint, it’s how you approach the next game mentally. I think the kids will regroup and get focused on Jennings County.

“That loss burned everyone a little bit. We felt we beat ourselves. We felt like we made some bad decisions down the stretch and beat ourselves. The kid are a little hurt by that and I expect them to come out and show how good they are.”

Last meeting: The Stars swept two games from the Panthers last season, winning the regular-season clash 52-44 and the sectional final 55-51.