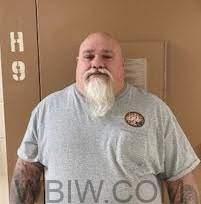 In October of 2020, Detective Tim Denby, with the Indiana State Police Special Investigations Section, was contacted by the Indiana Department of Revenue about possible illegal activities by the owner and operator of Johnny D’s Bar on East Maple Street in Jeffersonville. The information stemmed from alleged under-reported income and underpaid taxes over multiple years by the establishment.

As a result of the investigation, Detective Denby requested, and was granted, an arrest warrant for 59-year-old, William Longwell, the owner and operator of “Johnny D’s”. Longwell was arrested without incident Wednesday afternoon and taken to the Clark County Jail.

Detective Denby was assisted by investigators with the Indiana Department of Revenue and the Indiana Excise Police.