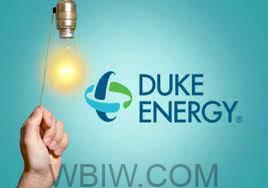 PLAINFIELD – Duke Energy Indiana filed a plan Tuesday with Indiana state utility regulators to improve the reliability and resilience of its statewide network of power lines and infrastructure that deliver electricity to more than 860,000 Hoosier homes, businesses, and industries.

The six-year plan uses a combination of advanced technology and infrastructure upgrades to improve service to customers.

“We’re creating a smarter electric grid that helps prevent outages and gets the lights back on sooner when problems do occur,” said Duke Energy Indiana President Stan Pinegar. “Our reliability ratings are good, but we need to prepare the electric grid for what’s to come, including electric vehicles and more customers generating their own green energy. As an electric service provider, the reliability of our service is job No. 1 for our 2,500 Indiana employees.”

Some of the plan’s key benefits include:

Fewer and shorter power outages through smart-thinking technology. Not all power outages can be prevented, but smarter technologies make the electric grid more resilient and better able to recover when power outages do occur. Outages can be automatically detected and isolated so that fewer customers are affected. Power can then be rerouted to other lines and service restored in a matter of minutes for many customers. Currently, 11% of Duke Energy’s Indiana customers are supplied from a circuit with automation. After the completion of the proposed plan, an estimated 65% of customers will be served by automated circuits.

Hardening the electric grid to better withstand the effects of weather. One of the biggest causes of power outages is severe weather. Grid strengthening measures include work such as upgrading wood poles to steel ones, modernizing substations, and some targeted undergrounding of outage-prone power lines.

Preparing the electric grid for customer-owned renewable energy, such as solar panels on homes. Utilities are seeing more environmentally conscious customers generating renewable energy for their use and selling their excess power to the utility. Today’s electric grid, though, is built for one-way power flow from power plants to power lines that supply customers. A smart-thinking electric grid can detect, react, and adapt to changes in power usage and can better accommodate power generated by customers and support greener power options.

New jobs and investment in Indiana by developing electric infrastructure at high-potential, key economic development sites so that it can attract new businesses and help communities thrive and grow. Industries looking to locate or expand in Indiana are attracted to sites that are ready to serve them, all of which bring investment and jobs to the state.

“As with most products on the market, the technology available today is simply better than the technology that was available decades ago,” Pinegar said. “Adding more automation to our system gives us better visibility on our electric grid to detect problems and resolve them quickly.”

The plan builds on grid modernization that has been underway in Indiana for several years. In 2016 Duke Energy received approval for a plan to reduce the risk of power outages on its system through measures such as replacing aging infrastructure. Some examples of grid improvement work statewide under the first plan:

If the plan is approved by the Indiana Utility Regulatory Commission, Duke Energy would submit semi-annual filings over six years to the commission to review progress and requests to recover the costs of investments made. Any customer rate impact would have to be approved by state regulators and would be gradual as work is completed. Duke Energy estimates its grid improvement strategy if approved, would increase rates an average of about 1% per year between 2024 and 2029.

Grid improvement can also be a job generator. Duke Energy estimates the modernization work will generate or support 1,270 Indiana jobs. The work also is estimated to generate an additional $4.3 million in state and local tax revenue annually.

The Indiana Utility Regulatory Commission will set a schedule for hearings in the case. A decision is expected by July 2022.

Duke Energy is executing an aggressive clean energy strategy to create a smarter energy future for its customers and communities – with goals of at least a 50% carbon reduction by 2030 and net-zero carbon emissions by 2050. The company is a top U.S. renewable energy provider, on track to own or purchase 16,000 megawatts of renewable energy capacity by 2025. The company also is investing in major electric grid upgrades and expanded battery storage and exploring zero-emitting power generation technologies such as hydrogen and advanced nuclear.