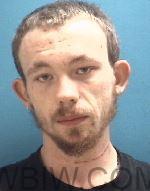 COLUMBUS — A 21-year-old man faces charges after police said he was seen driving at a high rate of speed before a deadly crash in Columbus.

Kevin Shuffitt, of Columbus, was charged Friday with three counts of criminal recklessness, reckless driving, driving while suspended and several warrants, according to the Columbus Police Department and online court records.

Police say 44-year-old Jeremy O. Stillabower of Columbus was seriously injured in the crash at 7th Street and Central Avenue at about 6:30 p.m. on the evening of November 8, 2021. He was flown to IU Methodist Hospital where he later died from his injuries.

Formal criminal charges against Shuffitt were filed by the Bartholomew County Prosecutor’s Office on Friday and he was taken into custody by Columbus police.