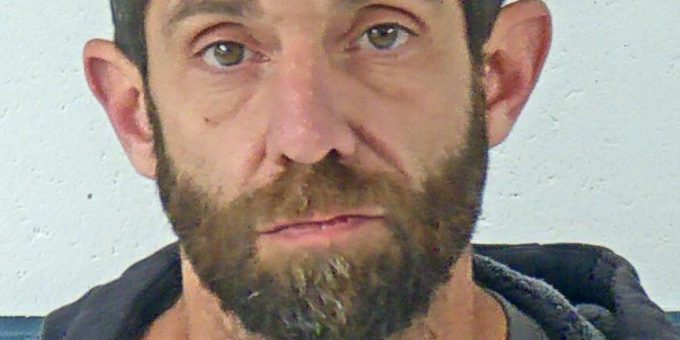 BEDFORD – A Bedford man was arrested Tuesday after Bedford Police officers responded to a domestic fight at 6:22 p.m. at a home in the 2620 block of R Street.

The female caller reported 40-year-old Travis Kendal was beating on the door. The dispatcher reported the caller then lost connection or hung up. When the dispatcher called back they could hear screaming in the background.

As officers were arriving Kendal was driving from the scene. However, an officer was able to stop Kendal’s vehicle.

Other officers responded to the home and spoke to the woman who reported Kendal had been drinking and was being physically abusive with her. Kendal pushed her down, causing her to hit her head on a table. Police say the woman suffered an indention on the back of her head.

The woman requested to file a battery affidavit.

The other officer who stopped Kendal reported Kendal was intoxicated and failed several sobriety tests.

Kendal was arrested on charges of operating a vehicle while intoxicated and domestic battery.