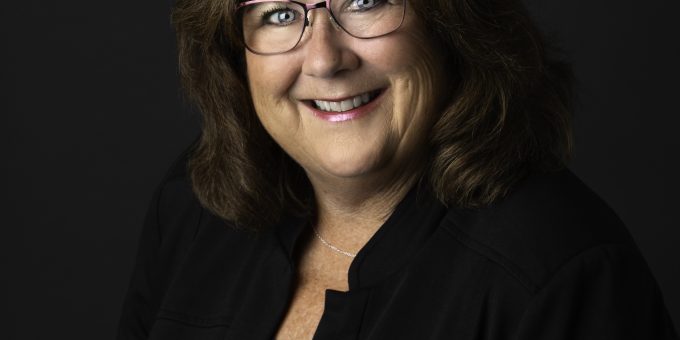 The NAFB Hall of Fame was established in 1986 to recognize leaders attributed to being powerful advocates in the field of agriculture. There are 73 inductees including this year’s duo, Dr. Jim Evans, Agricultural Communications professor emeritus, University of Illinois, and Cyndi Young-Puyear, Director of Brownfield & Ag Operations for Learfield.

“This is a great and well-deserved honor for an incredible woman who has continued to build the best ag broadcasting team in the industry,” says John Baker, Senior Vice President, Learfield.  “We consider Cyndi a partner, mentor, and friend.  Her leadership, dedication, and professionalism in agriculture have been a pillar in making Brownfield the most listened-to ag radio network in the country.  On behalf of all of us here at Learfield, Congratulations!”

Cyndi started her career at WJIL Radio, Jacksonville, Illinois in 1985. During her broadcast tenure, she worked for Oklahoma Agrinet and was farm director for WTAX in Springfield, Illinois in the 1990s.  She joined Brownfield as Regional Farm Director in 1998 and was promoted to Director of Brownfield and Ag Operations in 2001.

Cyndi has been a member of NAFB for 35 years and has held several leadership roles. She chaired and served on numerous committees and held the office of East Region vice-president and national director of member services. Cyndi sat on the NAFB Foundation board for 17 years and served as vice-president.

In 1997 Cyndi was recognized as the national Farm Broadcaster of the Year and received the coveted Oscar in Agriculture in 2009.

Cyndi has traveled extensively throughout the United States and to 16 different countries covering agriculture for Midwestern farmers and ranchers.  Her work has earned her dozens of honors from agricultural groups and associations. Her passion for the industry and dedication to bringing talented young journalists into the fold of agriculture is recognized across the country.

Cyndi grew up on a family grain and livestock farm in Scott County, Illinois. She and her husband, Jim Puyear, own Rocking P Ranch near Jamestown, Missouri where they raise Simmental cattle and have a branded beef business.

Brownfield Ag News creates and delivers original content across multiple media platforms.  Brownfield includes the largest and one of the oldest agricultural news radio networks in the country with nearly 550 affiliate radio stations in a dozen midwestern states.