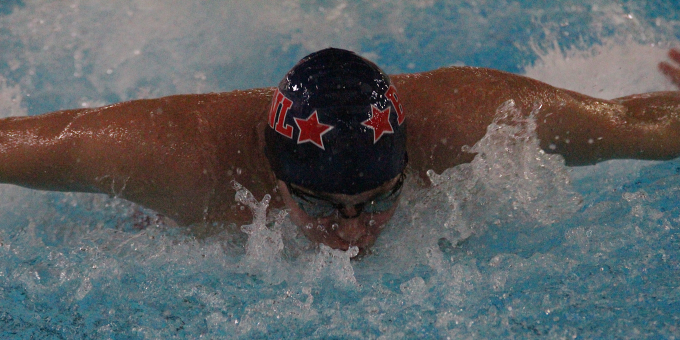 The Mustangs took advantage of depth (the Stars had only six swimmers and a diver) for a 77-70 win in the girls meet.

BNL’s John Allen, Alexander Swenson and Cole Baker were all members of the three victorious relays, and they each won their individual events. They combined with Garrett Henson to clock 1:47.29 in the 200-yard medley relay, then teamed with Trey Kimbley to claim the 200 freestyle relay (1:35.87) and the 400 free relay (3:33.77).

“Great swims across the board,” BNL coach Adam Young said. “Trey Kimbley had a great 200 free, John Allen almost broke the :50 barrier in the 100 free, which is great for this early in the season. Isaiah Eicle won the 200 IM with a time close to his sectional performance last year. Cole Baker had a backstroke swim that was around what he was producing late last season heading into the sectional.”

“The girls did a great job across the board and almost pulled off a team win,” Young said. “Cookie King had a great first meet. Emma Gabhart was under the weather but still produced a couple of swims that were knocking on the door of school records. Shelby Slaughter won the 500 with a decent time for the first meet.

“Now that we have a meet under our belts and the first swim jitters out of the way, we can turn our attention toward Saturday.”

The Stars will host league rival Floyd Central on Saturday.