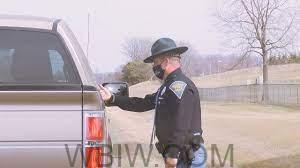 INDIANA — This Thanksgiving, travel is expected to rebound to nearly pre-pandemic levels.

According to AAA, it’s predicted that 48.3 million people will be taking to the roads for the holiday, an 8 percent increase from last year. Unfortunately, heavier traffic, combined with declining seat belt use and the prevalence of impaired driving, makes this travel period particularly dangerous for road users.

In response, the Indiana State Police is joining hundreds of law enforcement agencies across the state for the Safe Family Travel campaign. Over the next six weeks, officers will be out in greater numbers to discourage impaired driving and ensure drivers and passengers are properly buckled.

The high-visibility patrols are funded by the National Highway Traffic Safety Administration through the Indiana Criminal Justice Institute and will concentrate around Thanksgiving, Christmas, and New Year’s.

“Whether you’re driving for 10 minutes or 10 hours, we’re asking everyone to plan ahead and make safety their top priority,” said Devon McDonald, ICJI Executive Director. “Don’t be the reason there’s an empty seat at your table or someone else’s this Thanksgiving.”

In Indiana and nationwide, reckless driving incidents remain higher than during pre-pandemic times. As of early October, 683 people have been killed in crashes statewide, which is an 8 percent increase from the same time in 2019 and on pace with 2020 – one of the deadliest years in the past decade.

With one of the busiest travel periods still ahead, officers will be working to reverse this trend by focusing on impaired and unrestrained driving, two of the main causes behind the rise in fatalities.

Of the total number of vehicle occupants killed in crashes so far this year, more than 40 percent were not wearing seat belts. Moreover, seat belt use in Indiana declined for the first time in five years from 94.9 percent before the pandemic to 92.9 percent.

Before consuming alcohol, plan a sober ride home, such as a designated driver or using a ride service or public transportation. Motorists are encouraged to call 911 if they encounter an impaired or unsafe driver on the road.

However, impaired driving isn’t the only concern during the holiday season. Winter weather also poses challenges for motorists, and it’s important to be prepared.

Always have an emergency kit in the vehicle with food, water, a phone charger, sand or cat litter, flares or bright LED alternatives, a flashlight, and blankets. Keep the vehicle full of gas, and make sure the battery is strong, fluids are at the correct levels and the spare tire is properly inflated.