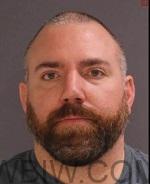 SEYMOUR – A Pennsylvania man has been sentenced to between 30 and 105 years in prison after abducting a Jackson County teen last year.

The Jackson County Sheriff’s Department reports that 39-year-old Andrew Howland of Lancaster, Pennsylvania was sentenced last week after being found guilty of felony charges of kidnapping, the unlawful sexual offense of contact with a minor, involuntary deviate sexual intercourse person less than 16 years of age, statutory sexual assault: 11 years or older, aggravated indecent assault-complainant less than 16, child pornography and criminal use of a communication facility

The incident happened in December 2020 when a 13-year-old Jackson County girl was reported missing from the Seymour area. Investigators determined the girl was no longer in Indiana. The Jackson County Sheriff’s Department tracked Howland’s cell phone and he was arrested in Pennsylvania and the girl rescued.

According to reports, Howland had met the teen online and lured her from her family home, kidnapping and sexually abusing the girl.

Sheriff Rick Meyer said the good work of law enforcement here and in Pennsylvania, officers were able to track the perpetrator and make an arrest.