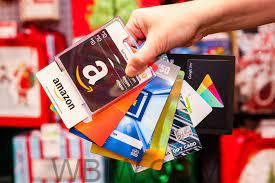 BLOOMINGTON – Amid supply chain issues resulting in emptying store shelves, the most common present under the Christmas tree this year may be a gift card, according to a retail expert at the Indiana University Kelley School of Business.

“Everything I have read says there’s plenty of demand. I wonder what it’s going to get spent on,” said John Talbott, director of the Center for Education and Research in Retailing at Kelley. “I think this is the year of the gift card for many retailers.

“Companies like Target, Walmart, and Amazon have been able to use their scale and influence to overcome some of the supply issues that we all are experiencing.  Target’s CEO was adamant in stating that their shelves will be full and ready for customers during the most recent earnings call from the company. Still, I expect that there will still be specific items that will not be available, which makes gift cards a strong alternative to capture the consumers’ demand without having the specific item.

“I got on Home Depot’s website just the other day and the first thing they showed was gift cards,” Talbott added “So, I’m wondering if store management is already having these discussions, that ‘if we don’t have what they want, we’ll have it for them later. Let’s make sure they buy a gift card instead.”

Interestingly, if that is the approach of these publicly traded retail companies, they better talk to Wall Street, because gift card purchases won’t count as a sale from an accounting standpoint. Of course, stores will get that sales revenue later when consumers use the gift cards and it may be even more profitable because a significant percentage of gift cards are never used.

“If there’s a 5 or 6 percent shift to gift card purchases instead of physical items, that’s a 5 percent reduction in sales,” he said. “It’s going to be an interesting thing to keep an eye on and how the financial communications arms of these big public companies make sure Wall Street is aware that demand is being captured, just not reported as a sale.”

While adults may appreciate that a gift card represents money that can be spent at a future time, Talbott understands that message will not be cheerfully received by many children. He suggests that parents need to explain the concept of patience and perhaps consider spreading their gift-giving throughout the “12 Days of Christmas” and not just on Dec. 25.

“If it were my kids, I would be managing expectations,” Talbott said.

He agrees with other experts who recommend that consumers buy now and not wait for better prices later. Don’t expect a competitive market based on price matching. Stores are going to sell what they have.

“If you’re in a situation where you’re short on goods and there’s demand, I think I’d be really careful about trying to compete on price this holiday season. I think what I’d be trying to compete on is ‘I have it and the other person doesn’t,’ which could be true in a lot of cases,” he said. “This could be one of those times when the companies that manage their supply chains better and have merchants that have picked the right stuff could be the winners simply because they have it, and they don’t have to compete on price to do it.”

Amid supply chain issues, leading big box stores should be in better shape. They have more control over shipping, including getting their containers prioritized, relative to secondary players and small local retailers.

Retail sales this holiday season could be up by 8 to 10 percent over last year, experts say, although higher prices resulting from inflation could be a factor. And last year wasn’t the disastrous year that many predicted due to COVID-19. But it is too soon to predict the impact of inflationary concerns on holiday shopping, Talbott said, noting that many consumers are just now feeling the effects of increased prices for gasoline, home heating, food and other commodities.

“I don’t know how baked in those higher costs are, into people feeling the effects on their wallet. Give it another two or three weeks, after that higher electric bill comes, and maybe people will think they really don’t need that Tickle Me Elmo — if anyone remembers that reference — that they were going to get for their kids,” he said.

Unlike in past years, Talbott does not see any buzz strongly building around certain toys. Rather, he expects personal care items and gifts for the home to be popular. “We’re still spending more time in our personal places of dwelling than we were previously,” he said, adding that new computer screens for home offices and digital interactions may be in demand.

In recent years, experiential gifts have become increasingly popular. But with lockdowns and other restrictions on travel because of the pandemic, many delayed purchases for plane tickets, lodging, and entertainment this year. Talbott believes this trend may continue again even though the forecast for travel is robust, as families again postpone vacation plans. In addition to concerns about COVID, resorts, hotels, and airlines are dealing with the same labor force and supply issues that other companies are facing, resulting in diminished service quality.

“I’m more curious to see what happens this holiday season than at any time in my long history of being around retail. I am so interested to see the outcome of the Black Friday week and then Cyber Monday to see areas of focus,” Talbott said. “There are so many things going on that create an environment that’s difficult to predict where consumers will place their dollars during this fourth quarter, which is so important as an overall indicator or the health for our economy.”