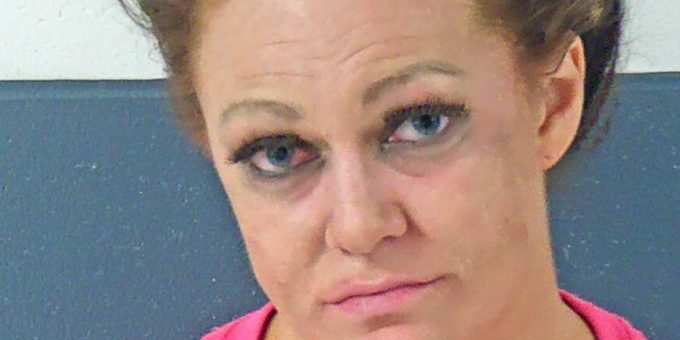 BEDFORD – A Bedford woman was arrested Monday when Bedford Police officers received a report of a possible intoxicated woman sitting in her vehicle in front of Check for Cash in the 1530 block of G Street.

When officers arrived they approached the black Kia Soul and found 34-year-old Teela Mitternight sitting in the driver’s seat.

Officers reported Mitternight’s speech was slurred and she appeared intoxicated.

She told police she had not been drinking alcohol and had not used any drugs. They then asked to search her vehicle and she refused. Bedford canine Zazu alerted officers to drugs in the vehicle.

In the car, officers found a plastic bag containing crystal meth and a bottle containing numerous and multiple types of pills she did not have prescriptions for.