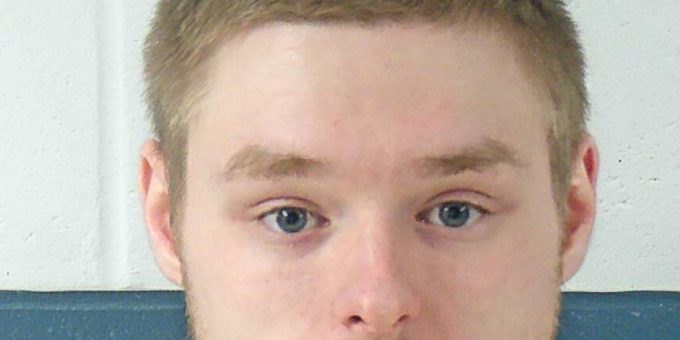 BEDFORD – A Bedford man was arrested Friday after Bedford Police officers responded to a call regarding a domestic fight in the 620 block of Riley Boulevard.

Officers arrested 22-year-old Justin Gilliand on a charge of domestic battery in the presence of a minor.

According to police, officers responded to the home at 6:14 p.m.

When police arrived they found Gilliand and his grandmother in front of the apartments.

A woman and the couple’s two children were inside the apartment.

Gilliand told officers he came to the apartment to fix his relationship with the mother of his children.

He said at some point during the conversation he found messages on the woman’s phone from another male and that led to an argument.

He then began to gather his belongings to leave.

The woman told police Gilliand became upset after finding the message and began yelling. Gilliand refused to give the woman her phone back, when she attempted to retrieve it.

She told police, while the children were present, Gilliand slapped her twice in the face and then pushed her up against the kitchen counter. He then went outside and threw her phone against the side of the apartment building, cracking the screen.

The woman wanted to file battery charges against Gilliand and he was arrested.