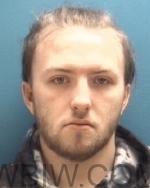 COLUMBUS – Cyber tips from the National Center for Missing and Exploited Children (NCMEC) led to the arrest of a Bartholomew County man on charges of possession of child pornography.

As a result of the investigation and search, 21-year-old Gavin Christopher Denton Haight, of Columbus, was arrested on four Level 5 felony counts of possession of child pornography.

Gavin Haight was transported and remanded into the custody of the Bartholomew County Jail without incident.