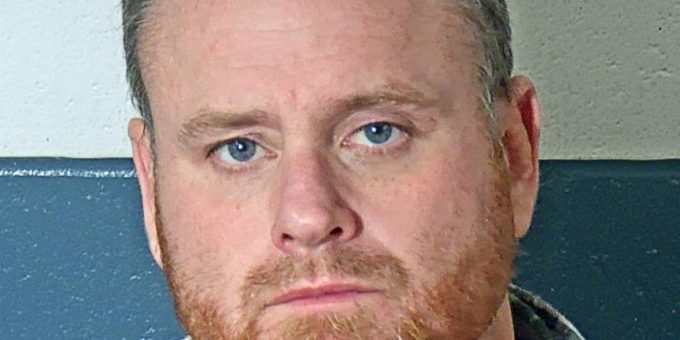 BEDFORD – A Bedford man was arrested after the Lawrence County Sheriff’s Department received a report of a vehicle driving erratically on Heltonville Road East and had run off the road.

When police arrived they found 42-year-old Eric Dugger. He told the officers that he had taken the curve too fast and slid off the roadway.

The vehicle had swiped a mailbox and hit a support cable to a Duke Energy utility pole.

While speaking with Dugger the officers could smell the odor of marijuana.

Dugger admitted to smoking marijuana on his way to work. Police say Dugger was intoxicated, was unsteady on his feet, had dilated pupils and bloodshot eyes.

He was then detained. In Dugger’s pocket, police found a pill bottle containing  Xanax of which he did not have a prescription for, marijuana and a grinder in the vehicle. Dugger faces charges of operating a vehicle while intoxicated, endangerment, OWI, possession of a controlled substance, possession of marijuana, possession of drug paraphernalia.