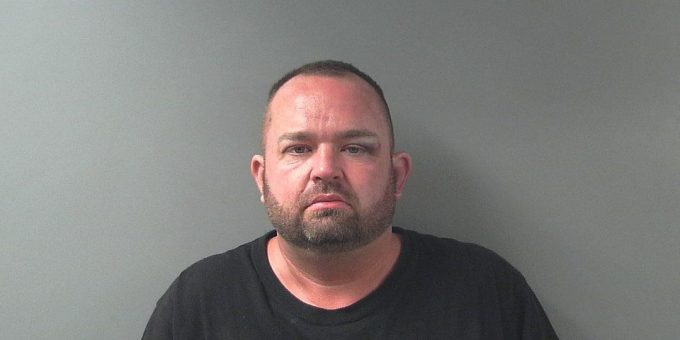 BLOOMINGTON – On Monday, November 15, 2021, at approximately 11:49 a.m., Bloomington officers were dispatched to the Old National Bank, located in the 4100 block of West 3rd Street, after a report of a hold-up alarm sounding. While en route, officers were notified that an employee of the bank had called 911 and reported that the bank had indeed just been robbed.

Upon arrival, investigators determined that a man had walked into the bank and approached a teller. The man was wearing gray sweatpants, a camouflage coat, a camouflage face covering, and a camouflage hat. The man produced a bag, laid it on the counter, and reportedly told the teller to place money inside it. The teller further stated that the man partially displayed what she believed to be a black handgun. After the bag was filled with money the man fled on foot.

Several Bloomington Police Department officers and Monroe County Sheriff’s Department deputies, as well as
the Indiana State Police, responded to the area but were unable to locate the suspect.

On Tuesday, November 16, 2021, investigators were able to review surveillance camera footage from nearby businesses. One of the businesses had footage that showed the male suspect parking his vehicle in close proximity to the bank just prior to the robbery. The license plate on the truck was visible in the video. Investigators were then able to determine the identity of the owner of the vehicle and began checking addresses associated with the vehicle owner. As detectives were checking the area of State Road 446 near Lake Monroe, an officer spotted the truck traveling north on the highway near the Cutright State Recreation Area.

The driver of the truck pulled into the parking lot of The Fishin’ Shedd in the 4800 block of State Road 446.

Investigators made contact and detained the driver, 45-year-old Travis Tarrants, of Spencer. While in the process of handcuffing Tarrants he resisted and attempted to get back into his vehicle. At one point Tarrants grabbed an officer’s handgun and attempted to remove it from the officer’s holster. He was eventually handcuffed and secured in a patrol vehicle.

Investigators then obtained a search warrant for the vehicle that Tarrants was driving. Investigators located a backpack in the vehicle that contained several pieces of clothing that matched the description of the clothing being worn by the suspect at the time of the robbery. They also located a black BB pistol that matched the description of the weapon displayed to the bank teller during the robbery.

After speaking with investigators, Travis Tarrants was transported to the Monroe County Jail on preliminary felony charges of armed robbery, attempting to disarm a law enforcement officer and resisting law enforcement resulting in injury.