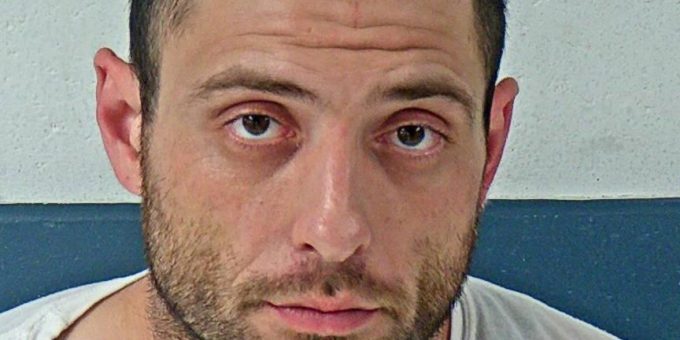 BEDFORD – Dustin Dalton, 34, of Bloomington was sentenced to 12 years in the Indiana Department of Corrections by Lawrence County Superior Court I Judge John Plummer III Tuesday after pleading guilty to dealing meth in a negotiated plea deal.

Dalton was represented by Public Defender Denise Laureen Turner and presenting the case for the state was Deputy Prosecuting Attorney Ryne Koucouthakis.

Dalton was arrested in May 2021 when the Bloomington Police Department narcotics detectives received information that Dalton was involved with dealing meth in Monroe and surrounding counties. The investigation revealed that Dalton was allegedly on his way to Monroe County with a large amount of meth.

During the traffic stop, K-9 Flek alerted officers to drugs in the vehicle. Police seized approximately 88 grams of meth and less than 5 grams of Fentanyl. Also, an AR-15 .223 rifle was discovered in the vehicle.