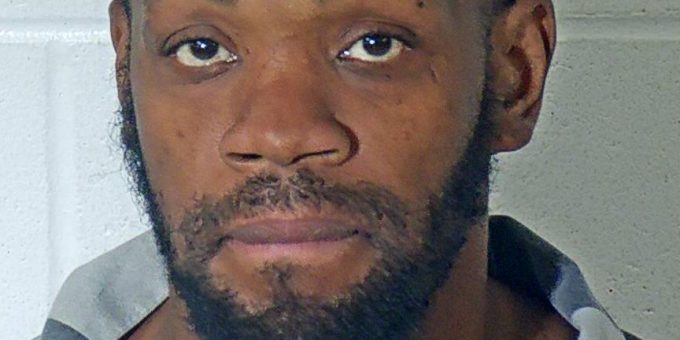 BEDFORD – On Monday, November 15, 2021, at approximately 3:30 p.m., Lawrence County Central Dispatch received notice to be on the lookout for a white 4-ton Chevrolet truck from Monroe County. The vehicle had the tailgate hanging off and tire damage from being involved in two hit-and-run collisions.

The vehicle was last seen traveling south on State Road 37 nearing the Lawrence/Monroe County line. Dispatch then began receiving multiple 911 calls that a white truck had run off into the median and was disabled. A male got out of the truck and attempted to stop motorists in the area. The driver stopped a gray Jeep Grand Cherokee, forcing the occupants from the vehicle, stealing it, and then driving north on State Road 37. Those who were in the Jeep reported the male was possibly armed.

Lawrence County Sheriff’s Deputy Anthony Pope responded to the area and caught up to the vehicle, activated lights, and sirens, and attempted to initiate a traffic stop. However, the driver of the stolen vehicle refused to pull over. Just north of the Lawrence/Monroe County line the Jeep crossed the median and headed south on State Road 37, continuing through Lawrence and Orange counties, and briefly entering Crawford County.

Officers from Bedford and Mitchell Police Departments along with the Indiana State Police joined the pursuit, while others set up in front of the pursuit with spike strips in multiple locations. The driver managed to avoid spike strips several times, including one occasion when he swerved toward Lawrence County Deputy Whitney Daugherty who was deploying spike strips and had to run out of the way to avoid being hit. Eventually, spike strips were successfully deployed and all four tires were deflated, however, the driver continued driving on flat tires and eventually was operating the truck on just the rims. Due to the vehicle continuing, being unable to maintain control, and staying in its lane, Captain Andy Blackburn used a PIT maneuver, a pursuit tactic by which a pursuing car can force a fleeing car to turn sideways abruptly, causing the driver to lose control and stopped the vehicle south of Paoli.

The driver of the stolen vehicle 27-year-old Jerron D. Williams, of Indianapolis, was taken into custody without further incident and transported to the Lawrence County Security Center. In William’s pocket officers found marijuana, meth, and one pill – Buprenorphine, a schedule three controlled substance.

It was determined later that the white truck in the initial call was reported stolen earlier in the day from Indianapolis. IMPD was informed of the recovery of the truck, and the identity of the operator.