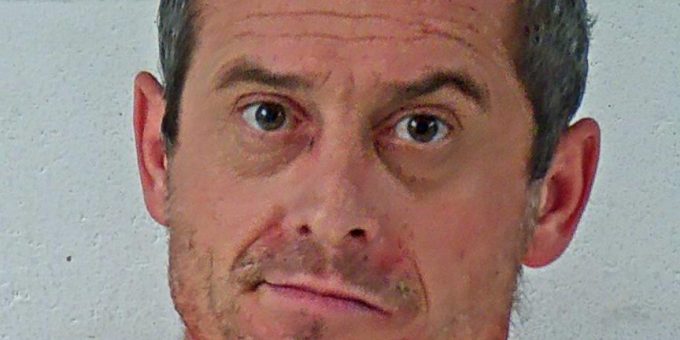 BEDFORD – A Bedford man was arrested when Bedford Police officers were called to the 1200 block of 3rd Street Thursday after a report of a suspicious male in the area.

When police arrived they found 37-year-old Jason Phillips walking out of a woodline near the dead-end of the road.

When officers attempted to conduct a body search, Phillips resisted several times. Phillips eventually pulled something from his pocket and threw it on top of the police vehicle.

Phillips continued to forcefully resist, pushed off the car and ran from the officer. The officer deployed his TASER weapon striking Phillips in the back bringing him to the ground.

A bystander, who was identified as Kaigen Vincent assisted the officer and the two were able to subdue Phillips.

Other officers then arrived on the scene and assisted in Phillips’ arrest.

An IU Heath Lifeline ambulance arrived on the scene and transported Phillips to the hospital to remove the TASER weapon barbs from Phillips’ back. He was then transported to jail on charges of battery against a public safety officer, disarming a law enforcement officer, resisting arrest by force and fleeing, public intoxication, possession of meth, possession of drug paraphernalia.

Phillips continued to physically resist the officers while at the hospital and again resisted while at the jail.