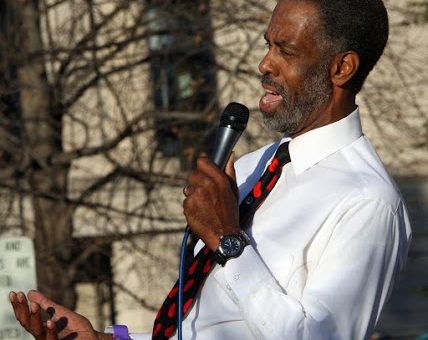 BEDFORD – Bedford Revitalization Inc. is working to host Bedford’s Christmas Around the Square, traditionally held on the first Saturday in December.

The parade will take place on December 4th and will step off at 6:00 p.m. Clarence Brown was named the Grand Marshal of the Christmas Parade for 2020, but with COVID-19 cancelling the parade, he will serve as the Grand Marshal for 2021.

Brown is grateful for his opportunity to serve as the Grand Marshal and will be recognized for what he does for others.

The BRI Parade Committee is looking forward to hosting the upcoming Christmas Parade, which wraps up the festivities taking place downtown as part of Bedford’s Christmas Around the Square.

Brown has always had a heart for service, such as speaking and performing at funerals, weddings, jail ministry, nursing homes and at the Men’s Warming Shelter.  To proclaim the love of Jesus Christ is his most rewarding service.

The deadline to enter the Christmas parade is Monday, November 22nd.

To enter the parade click here. You must hit SUBMIT at the end of the application and an email with a recap of your responses will be sent to the email address provided on the form.

You can email bri@downtownbedford.org with any questions.