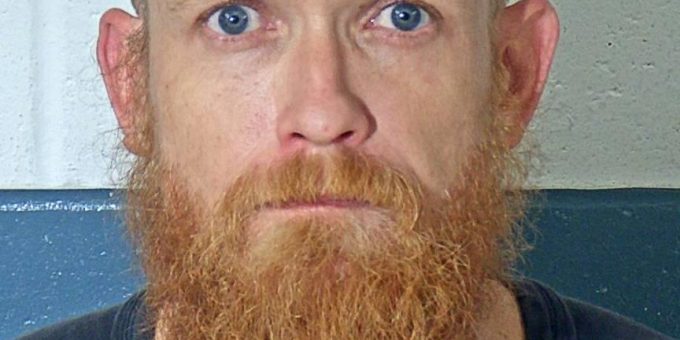 MITCHELL – An Orleans man was arrested on a warrant after an Indiana State Police trooper stopped his vehicle on May 26, 2021, and found drugs.

A warrant was issued for the arrest of 32-year-old Travis Odell, on charges of possession of meth, operating a vehicle with a suspended driver’s license, possession of marijuana, and possession of drug paraphernalia. Odell was arrested on the warrant on Tuesday, Nov. 9.

According to a probable cause affidavit, the trooper stopped Odell’s vehicle at O’Reilly Auto Parts on State Road 37 in Mitchell because the pickup truck Odell was driving had a false and fictitious registration.

A K-9 alerted officers there were drugs in the truck.

In the vehicle, police found a glass smoking pipe used to smoke meth. The pipe contained burnt meth residu. A THC vaping pen with a cartridge was also found.

Later, Odell retrieved and surrendered a fourth of a gram of meth he had at his residence. Odell was then released.