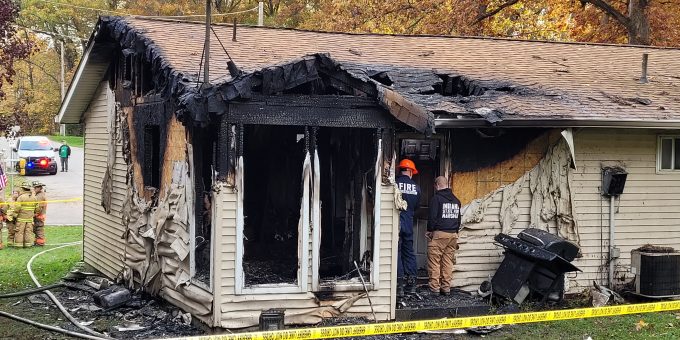 Firefighters rushed to the scene after Lawrence County Central Dispatch received a report of a structure fire at 6:40 a.m. The caller stated that he lives at an adjacent property and as he was warming up his car, he noticed flames coming from the residence.

Firefighters were able to bring the fire under control within an hour.

According to Sheriff Mike Branham, two bodies were found inside the residence. Both are unable to be immediately identified due to the extent of their injuries. The Coroner’s Office was called to the scene as were investigators from the State Fire Marshal’s Office. Confirmation of identification will be determined by the Coroner’s Office during an autopsy.

Sheriff Branham says there was medical oxygen inside the residence and that appears to have played a role in the fire’s origin. No foul play is suspected.