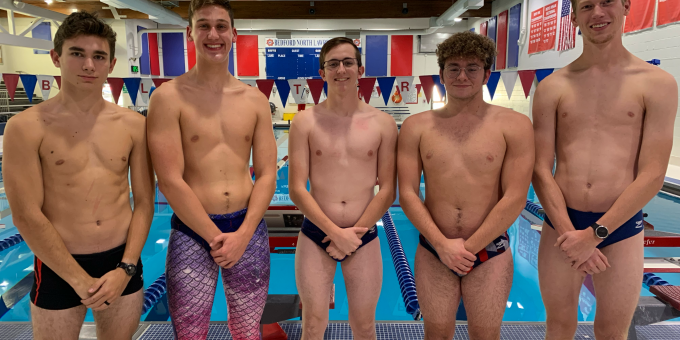 BEDFORD – Numbers tell the story, even more than the clock in a sport that revolves around time. Bedford North Lawrence will once again have the necessary quantity to produce the quality needed to compete for a sectional championship in 2022.

The Stars opened official practice sessions for the new season on Monday, and the roster swelled to 23 athletes. That includes nine freshmen, who could make a big splash in the postseason meets. BNL, which last won a sectional title in 2017, will fill every lineup spot as it makes the first strokes toward bigger goals.

The numbers matter. Two years ago, the Stars won nine events and still didn’t have the team depth to top Jasper in the team competition. Now they have the top-tier talent, the drive, and the volume to contend for the crown.

“We’ve had to give up a couple of sectionals because we didn’t have three in every event,” BNL coach Adam Young said. “We might be able to do some surprising things. The numbers will be a big help.”

The Stars will feature speed and scoring ability in several events, most notably senior Alexander Swenson, who was a state finalist in the 200-yard individual medley. Senior freestyle sprinter John Allen and junior Cole Baker will highlight the short-distance crew, and junior Kade Bailey was a regional qualifier in diving last year.

“Alexander will have a big year,” Young said. “We might move him around to some other spots. He’s a senior with years of experience. John really worked hard over the summer. He’s starting the season ahead of the curve, and he will have to be. He showed a lot of leadership. Cole (a cross country runner) might not be able to go for long swims, but he has natural talent. We’ve had more guys swim religiously in the off-season than we’ve ever had.”

Returning veterans will include seniors Noah Carter and Garrett Henson, juniors Trey Kimbley and Hayden Puckett, and sophomore Isaiah Eicle. They will benefit from a summer of work (compared to the 2020 summer that was wiped out by virus restrictions).

“Everybody is faster because we were able to swim over the summer, it makes a huge difference,” Young said.

“We are so much further ahead,” Allen said. “We didn’t have morning practices last year, which is a staple in swimming. So with the amount of effort we’re putting in, it will make us better.”

The key could be the rookies. Young expects three freshmen (Garrett Gabhart, Zeke Eicle and Oliver Brown) to hit the water in high gear.

“We‘ll have a lot of contributors among the freshmen,” Young said. “We’ll have immediate contributions. Jasper will be a tough nut. But we have an opportunity, more than last year, to pull that off. It will come down to the freshmen.”

BNL will start the regular season against Edgewood on Nov. 23, then get a quick accounting of exactly where the Stars stand when they face Hoosier Hills Conference nemesis Floyd Central on Nov. 27.

“I expect big things,” Allen said. “We have great potential. This could be a great year at conference and sectional, with the talent we have. I have some high expectations for myself. We have big goals.”