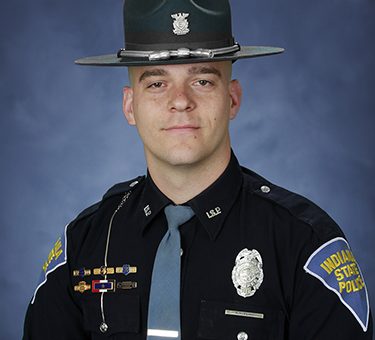 GREENE CO. – Thursday night, Indiana State Police Senior Trooper Richard Klun, was dispatched to conduct a welfare check on a female in Bloomfield after she had left her home in Southern Indiana and was traveling to Fort Wayne. The investigation revealed that the female received a phone call from two men who identified themselves as law enforcement officers. The men falsely asserted criminal legal action towards the female unless she traveled to Fort Wayne to exchange monetary funds for her fine.

But S/Trp. Klun knew that something was amiss and requested other identifying answers from the men. At the same time, ISP Dispatchers were in communication with the above-mentioned police department and confirmed that the man was not who he claimed to be.

Ultimately, S/Trp. Klun was able to get the men to admit to the scam before they abruptly ended the phone call. It was confirmed that the female did not have an active warrant and she was released. S/Trp. Klun is continuing his investigation and communication with officials in the Ft. Wayne area to attempt to identify the suspects.

Indiana State Police Bloomington District would like to remind everyone that this incident serves as a warning to the general public to be cognizant when you receive unsolicited phone calls. Scammers continue new tricks and have recently been impersonating members of law enforcement while using software that shows the incoming call is from a police department. Their sole purpose is attempting to extort individuals by claiming that subpoenas and warrants have been issued against them or that their loved one is in jail and money is needed to settle the matter.

If you happen to receive unsolicited phone calls similar in nature:

Lt. Paul Bucher, Commander of the Bloomington Post states, “Our troopers are trained to detect criminal behavior during their interactions with the public and thankfully, S/Trp. Klun quickly recognized that last night” he continued, “Let this be a reminder that criminals are ever-increasing the ways to defraud the public and asks that everyone remain vigilant against fraud.”