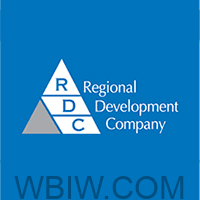 Awards were given at the event to the top referring lenders to the Regional Development Company. Peoples Bank was awarded the Bank of the Year Award with ten loans and $3,632,000 in referral dollars. The 2021 Lender of the Year awards were presented to Dan House of First Merchants Bank who referred $2,617,000 in SBA loan dollars and to Dan Duncan from Peoples Bank for referring four loans to the RDC in 2020. Lenders inducted into the Millionaires Club, an exclusive group of lenders who have referred loans of $1 million or more, included Dan Magura (Peoples Bank), Paula Reeves (Purdue Federal Credit Union), Mark Oganovich (First Midwest Bank), Dan Duncan (Peoples Bank), Kathy Ruzicka (Grand Ridge National Bank) and Paul Orner (First Merchants Bank).

“Ninety percent financing allows our customers to retain more of their funds for working capital needs, and the long-term fixed interest rate mitigates the risk of increasing payments during the life of the loan,” said Erica Dombey, President and Executive Director of the Regional Development Company. “Banks benefit from the collateral structure, which allows them to maintain a 50% loan-to-value on the project real estate or equipment. With a 25- year fixed interest rate at about 3%, this is the best loan for any business owner looking to buy, build or refinance owner-occupied commercial real estate.”