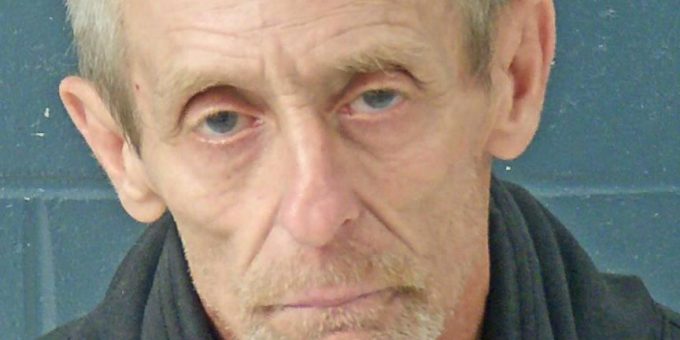 BEDFORD – A Corydon man was arrested Friday morning when a Bedford Police officer was called to Walmart after a report of a man being rude to employees after one confronted him for parking on the sidewalk in front of the store. The caller reported the man was possibly intoxicated and returned to the black Ford Mustang.

An officer found the vehicle leaving the parking lot.

The officer stopped the vehicle on Becky Skillman Way.

The driver of the vehicle was 63-year-old Michael Hutchinson, of Corydon.

Hutchinson was asked about any confrontation with Walmart employees. Hutchinson told the officer he was there to work on a door at the store and showed the officer the work order. That is when a second Bedford officer noticed a Heritage .22 caliber revolver in the vehicle and Hutchinson was detained.

Hutchinson did not have a permit for the unloaded gun.

K9 Dusty alerted officers to drugs in the vehicle.

During a search of the vehicle, a metal container containing loose .22 caliber ammo was also located in the driver’s door pocket. Inside the pill crusher that was originally located in Hutchinson’s pocket officers found a plastic bag that contained crystal meth.

Hutchinson was arrested on charges of possession of meth more than 5 grams enhancement, and possession of a handgun without a license.