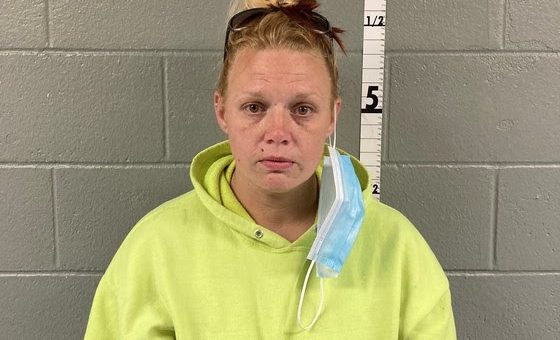 SALEM – Indiana State Police detectives from the Sellersburg Post arrested a Salem woman in connection to the death of 55-year-old Michael Walker, of Austin.

The investigation began at approximately 3:16 p.m. on October 29th when a 9-1-1 call was received by the Washington County Sheriff’s Department that indicated a man had been shot in a wooded area near the 1600 Block of Peacock Hollow Road, in Salem.  Initial officers that arrived on the scene found Walker dead behind the residence.  The evidence at the scene indicated that Walker died from a gunshot wound.

Investigators soon determined that Walker, along with two other men, were hunting ginseng on the property behind the residence. The men had two dogs with them in the area.  Further information was obtained that indicated that Krystal N. Grangier was also on the property and fired at least one gunshot in the direction of Walker and the dogs.  Walker was allegedly struck by a bullet fired by Grangier.  Grangier has initially arrested on a Class A misdemeanor charge of false informing.

An autopsy conducted on Saturday, October 30, determined that Walker sustained a gunshot wound which resulted in his death.  Grangier has now been charged with an additional felony charge of reckless homicide.  She has been incarcerated at the Washington County Jail pending an initial court appearance.

The Indiana State Police has been assisted by the Indiana Conservation Officers and the Washington County Sheriff’s Department.