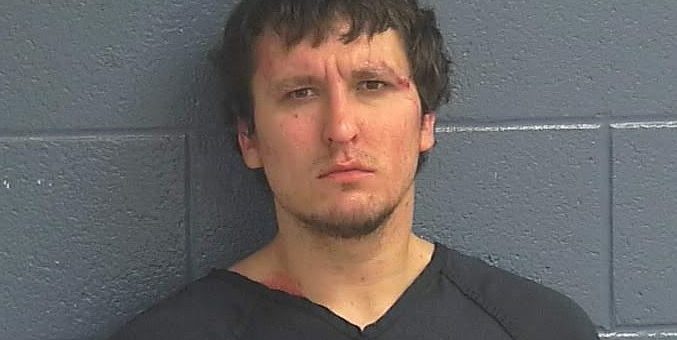 CORYDON – Early Thursday morning, a New Albany man was jailed on numerous charges after he fled from an Indiana State Trooper in Harrison County, Indiana.

The investigation began at approximately 2:40 a.m. when an ISP trooper attempted to conduct a traffic stop on a Geo Tracker on State Road 135 at State Road 62 in Corydon, Indiana.

The vehicle was being driven by Aaron M. Schweitzberger, 27, of New Albany. He fled from the trooper south on State Road 135.  Troopers with the Indiana State Police-Sellersburg Post along with Harrison County deputies pursued Schweitzberger’s vehicle through southern Harrison County.

A K-9 was deployed on the vehicle and gave a positive alert to illegal drugs.  During a search of the vehicle, officers located approximately 11 grams of suspected meth along with additional controlled substances and drug paraphernalia.  Schweitzberger was also found to have outstanding felony warrants through Floyd, Harrison, and Dubois counties.

Trp. Clay Boley was assisted by Troopers Steven Peyton and Zachary Lavey with the Indiana State Police-Sellersburg Post along with the Harrison County Sheriff’s Department and Shaffer’s Towing.