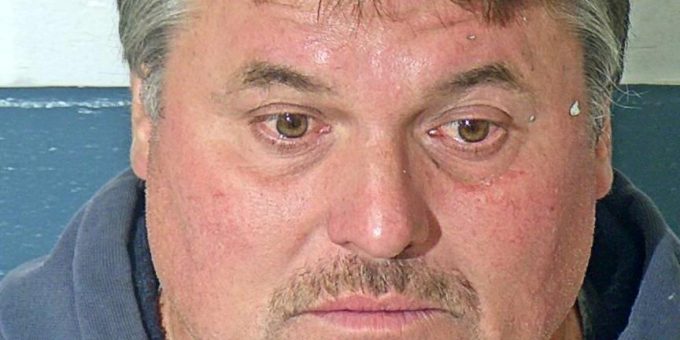 MITCHELL – A Mitchell man was arrested Thursday when Mitchell Police officers responded to the 1000 block of Crawford Street after a report of a domestic fight in progress.

When police arrived they spoke to a male who reported a new home was being built next to his property and every morning since construction began a cement truck blocks their driveway.

On Thursday morning, the male and his wife were prepared to leave their home and found that cement truck blocking their drive once again.

The male told police he did yell and use explicit language at the workers to move the truck.

That is when 51-year-old Christopher Marlow proceeded over to his driveway and struck the male twice with a cement scraper, leaving a small knot on the man’s head and cement on the man’s face.

Marlow told police the male was swearing at him and his co-workers and had attempted to hit him.

The man filed a battery affidavit and Marlow was arrested on a charge of battery.