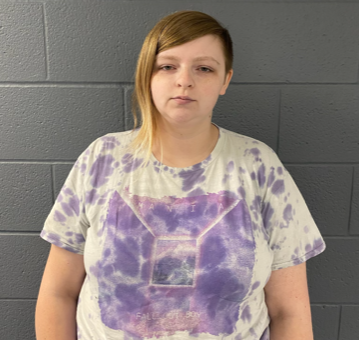 SPENCER CO. – A Dale woman was arrested after Indiana State Police received information on Monday, November 1 from the Indiana Department of Child Services concerning allegations of battery against a child.

The investigation revealed that 22-year-old Megan L. Weddle had allegedly battered a child under 14 years old. This was reported to have taken place in Spencer County.

After reviewing the investigation information submitted by ISP, Spencer County Prosecutor asked for a warrant for Weddle’s arrest.

Spencer County Circuit Court issued a warrant on Monday and was arrested the same day. She is being held in the Spencer County Jail on felony charges of neglect of a dependent resulting in bodily injury, and domestic battery on a person less than 14 years old.