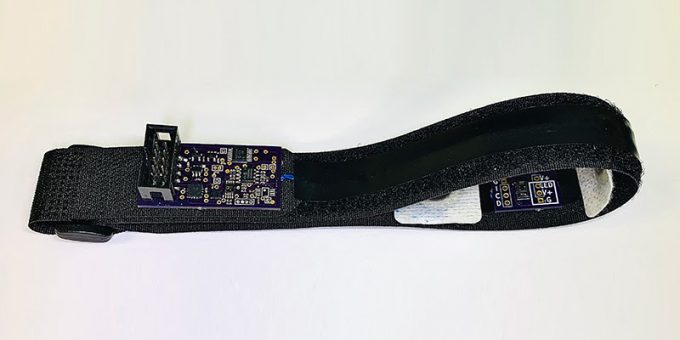 Neurava is developing a wearable device to monitor and alert for the impending risk of sudden, unexpected death in epilepsy (SUDEP). Vivek Ganesh and Jay Shah, current and former Ph.D. candidates from Purdue University’s College of Engineering, launched the startup after a potential mechanism of action behind SUDEP was discovered in the lab of Pedro Irazoqui, the incoming head of electrical engineering at Johns Hopkins University and former associate head of biomedical engineering and founder of the Center for Implantable Devices at Purdue.

“We have put together a well-rounded group of investors consisting of venture capital firms, angel investors, Purdue Foundry, and an important strategic partner, UCB Biopharma,” Shah said. “Our group of investors brings more than just capital. They also share their experience in entrepreneurship, medical device development, and the epilepsy space.”

Neurava received a $20,000 pre-seed investment from Elevate Ventures through the Elevate Nexus Regional Pitch Competition in 2019. This initial investment enabled the company to begin building a prototype.

Ganesh said, “We are really pleased to receive such tremendous support from these top-tier firms and appreciate the confidence they’ve placed in our team. SUDEP is a risk faced by millions of people worldwide. With this funding, we can complete a prototype that we believe can have a massive impact on epilepsy patients and their caregivers.”

The new funding will allow Neurava to complete a final prototype and collect human data through epilepsy monitoring studies, as well as finalize an insurance reimbursement strategy and expand its team.

“At UCB, we are driven to improve the lives of people living with epilepsy, and supporting the broader epilepsy community is at the forefront of everything we do. It is our goal to improve the detection, management, and treatment of seizures, and the development of health technology is a key area of focus. We welcome the opportunity to partner on this much-needed area of research,” said Charl van Zyl, executive vice president, head of neurology solutions and European and international markets, UCB.

Mike Shepard, entrepreneur-in-residence at Elevate Ventures, said, “Elevate is excited to work with Jay and Vivek. They epitomize the characteristics of the thoughtful leadership and drive required to succeed with an early-stage medical device company. For individuals living with epilepsy, their technology will deliver much-needed insights and monitoring.”

“Purdue Foundry makes strategic investments to enable Purdue startups to improve the world,” said Riley Gibb, director of business development at Purdue Foundry. “Jay and Vivek are passionate about their medical device and are equally passionate about organizing Neurava for sustained success. We are proud of our ability to support Purdue technology and to be part of the initial round of seed funding to support the company.”

In addition to the funding announced Monday, Neurava was selected as a finalist in the MassChallenge Accelerator Competition in Boston this year. Neurava also was among 54 startups selected from 440 global applicants at the Rice Business Plan Competition. The competition resulted in winning a $25,000 U.S. Food and Drug Administration award to continue developing its technology.

Elevate Ventures is a private venture development organization assisting high-growth startups and early-stage companies to expand into high-performing, Indiana-based companies. Elevate has invested over $120 million in more than 400 companies through its various programs. Pitchbook has ranked Elevate as the Most Active VC in the Great Lakes Region since 2017. To learn more about Elevate Ventures, visit elevateventures.com.

Neurava is a medical device startup translating the discovery of a potential mechanism of action behind Sudden Unexpected Death in Epilepsy (SUDEP) into a first-of-its-kind smart wearable capable of identifying and alerting for seizures and impending SUDEP risk. This diagnostic platform, pioneered by the company’s scientific founders, can have a life-saving impact on the estimated 3.5 million people in the U.S. and 50 million people worldwide who suffer from epilepsy. To learn more about Neurava, visit www.neurava.org.

The Purdue Foundry is an entrepreneurship and commercialization hub whose professionals help Purdue innovators create and grow startup companies that will improve the world. The Foundry achieves its mission by providing practical training, direct investment, and connections to experienced entrepreneurs, industry experts, and investors. The Purdue Foundry is part of the Purdue Research Foundation, which received the 2019 Innovation and Economic Prosperity Universities Award for Place from the Association of Public and Land-grant Universities. Contact the Purdue Foundry at foundry@prf.org.